Word of the day: Why God allows trials in your life

Deitrick Haddon on his New Movie 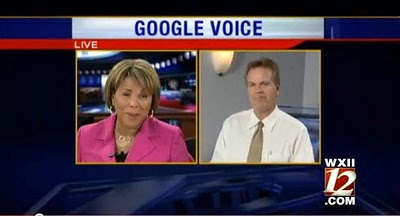 Google is offering a new service that allows users to call landline and cell phones.
Posted by Mike Holman at 11:30 AM No comments: 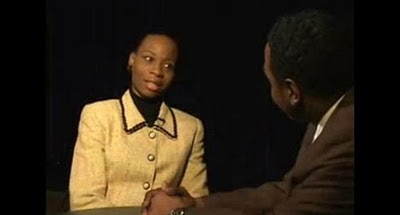 From Beatstreet to the Bible, former rap superstar has a new kind of rap, that is much more powerful. Find out what it is

Posted by Mike Holman at 1:47 PM No comments:

You've Done So Much - Rizen

You've Done So Much - Rizen
Published with Blogger-droid v1.6.5
Posted by Mike Holman at 4:53 AM No comments:

View The City - Rizen
Published with Blogger-droid v1.6.5
Posted by Mike Holman at 4:31 AM No comments:

Google is offering a new service that allows users to call landline and cell phones.
Posted by Mike Holman at 6:57 PM No comments: 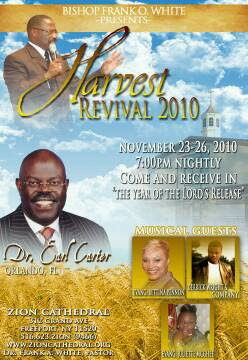 Soldier Knows Best on: Google Voice: Works on Android, iPhone and others 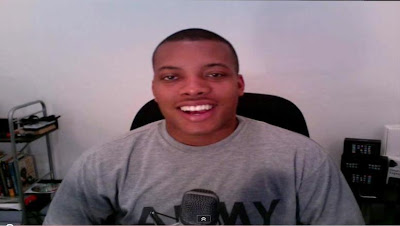 Google Voice gives you more control over your phone calls. With Google Voice, you get one number for all your phones, cheap international calls, voicemail like email, and more, for free! (US only)
Learn more at http://www.google.com/voice

Posted by Mike Holman at 8:17 PM No comments: 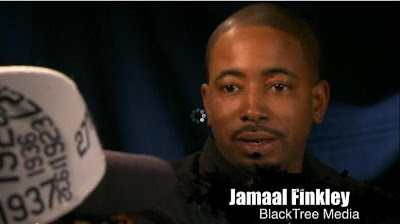 PART ONE OF "IF GOD IS WILLING AND DA CREEK DON'T RISE DEBUTS AUGUST 23RD AND PART TWO ON AUGUST 24TH ON HBO.

A little known secret, Spike was the spark that got BlackTree going in early 1996. While I was in college, Spike came to town to shoot his docudrama Get on the Bus in the dead of winter, I believe it was like February in Tennessee. Spike and the Jackie Robinson Foundation went to all of the local universities, Tennessee State, Vanderbilt, Fisk and David Lipscomb to recruit students to help P.A. on the project which was underfunded as Spike received little help from the studios but went out to actors like Danny Glover, Denzel, and friends like Jordan and Oprah to raise capital to make the film. The perfect dream for a P.A, an underfunded film with major talent, because as a P.A that means that you are going to get major experience. While normally, a PA (Production Assistant) spends his time getting coffee or grabbing waters, we were thrust into the production helping with everything from building dolly tracks to working with the extras to even standing in on some scenes. I even had 1 second of fame as I had a non speaking role that required me to give my best Oscar performance walking from a pick up truck into a convenience store, it was the best 1 second performance of my life! The cast of the film was filled with great actors from the now deceased Ossie Davis and Bernie Mac to then newcomer Hill Harper and other actors like Isaiah Washington, Andre Brauer, Roger Guenveur Smith, Harry Lennix and Wendell Pierce who would later become familiar faces on the big screen. Let me not forget Charles 'Rock' Dutton, who til this day I credit with inspiring me to be better. I mean, this was the experience of my life, especially since until that day I had never considered the possibility of being on a film set, I was finishing up my sophomore year and was well on my way to being what I considered to be my destiny, a medical doctor. Not just any medical doctor, but a specialized neurologist creating medical miracles with my hands and my grasp of science. So this was all new to me. I remember the first day that Spike actually took some time to really speak to us on individual levels, something I didn't even think would occur on a film set. I was a stranger to film sets, but I knew that the PA is not wasting the directors time with conversation, so I was shocked when Spike approached me and asked me about my afro, I was amazed. So I asked him about a shot he did in one of my favorite movies, Malcolm X, and he explained it to me, and from that minute I knew that I had found a new love. I had instantly fell in love with film the way that people fall in love with their perfect match. The crazy thing is that it had found me, I wasn't seeking to find a new career goal, or to dream a new dream. I was perfectly satisfied with which way I was going in life. But at that very moment, I knew I wanted to sit in one of those directors chairs. BlackTree had not yet formed into my mind, but not more than 5 months after shooting this film, I started BlackTree. I started it with a dream to be able to one day tell the world something, and I have. A couple of things came together at that time to make it all possible, one the 1996 Olympics were being held in my hometown, two I got my first camera a Hi 8, and three the internet was sprouting out of it's infancy into childhood and starting to show it's personality, and I got it. and that was the start of BlackTree and the end of my medical career, at least for the time being. 14 years later BlackTree Media is one of the most watched content providers on the web, our content can be indexed on over 64,000 websites and over 350 Million views on YouTube alone. So this interview was truly an honor, it is like seeing things come full circle. Now my ultimate dream will be to do a film with Spike, who knows.....maybe..... Thank you Spike for taking the time. Thank you for opening my mind to new dreams and aspirations, you've helped to change my life.

Posted by Mike Holman at 3:12 PM No comments:

Michelle Bonilla
Published with Blogger-droid v1.6.4
Posted by Mike Holman at 10:30 AM No comments:

Stop Pitching & Get Back to Building!

Promote Your Page Too